Abstract:
Done right:  I showed up and ran.
Done wrong:  Everything else.

The primary reason I came to Bighorn was for the deeply meaningful reason to party with a bunch of 20 & 30 year old studs & studettes, no, really.   The camaraderie and just damn fun which is the Rocky Mountain Runners is a special thing. (tears)

And it was fun. Right up until I stood at the start line for the 52 miler and strained a pretend smile that I actually wanted to be there. I arrived fully prepared with an aching knee limp, 10 pounds overweight, and a month in Europe mostly horizontal on a boat, eating three deserts a day and more beer than is prudent to even joke about.

I line up at the front. The race begins and half the field runs me over at 100 meter sprint speed. I settle into a pace. Hey, I’m actually running! 18 miles later and after one of my three spectacular superman’s, I’m surprised to be running every step even if it is mostly downhill.

I excitedly obtain my drop bag. I find a down jacket, leaked GU, dog toy, and several other irrelevant items, immediately zip it back up, grab a handful of M&M’s from the aid table and head off.  This drop bag strategy keeps me from wasting time actually taking care of myself.

Walking now uphill. Feels very slow. Approaching 100 degrees. M&M’s burned off. Walk to the finish? What, running again!?  So it was, I just kept running and passing.

As the trail began it’s final descent I was battling an unexpected tough climb erroneously omitted from the trail profile.   A few hundred vertical feet into my lonely ascent, I notice all of these other human specks running a different race descending a valley.  Since everyone was going the wrong way I figured I would just play along and went back to their trail losing about 10 minutes.

A bunch of other boring things happened then I finished top ten and ahead of anyone 10 years younger.

Through it all I didn’t care about a top 10 finish or being first for my age group, most importantly, I was hoping to bank just a little cred in order to hold on for another year before RMR takes me behind the Green Mountain summit rock one Monday night, tells me I did not make the team and shoots me due to my injured knee.

There were a lot of fantastic inspirational stories from others that weekend and I revel in each one. You are all running warriors.  Thank you Rocky Mountain Runners for making me faster and smilier than I really am. 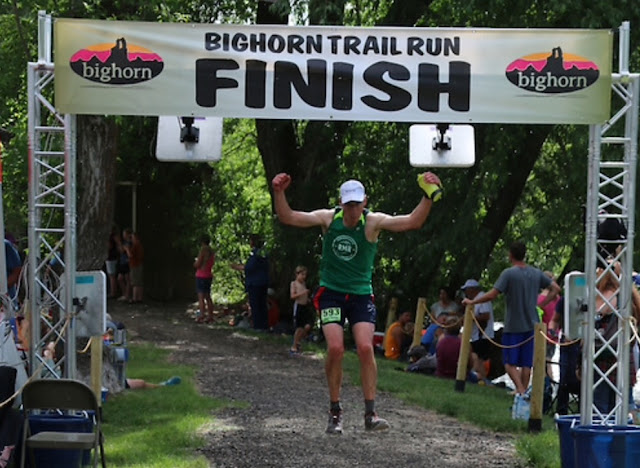 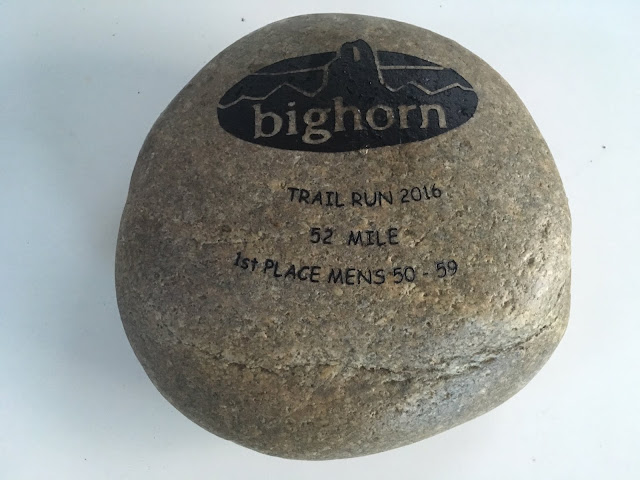 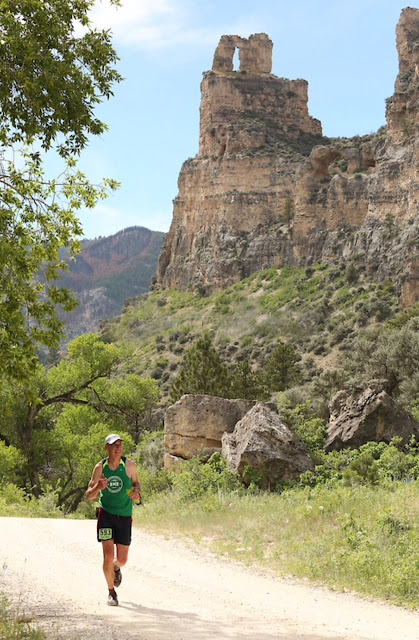 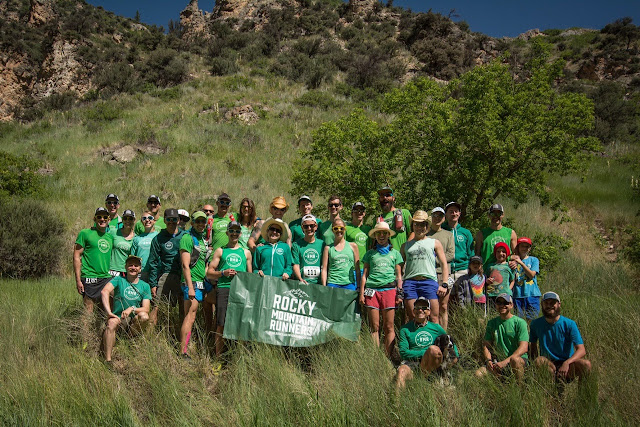 View all posts by Paul Hooge →

Friendship, not letting any negative voice get to your head and keep on doing what you love matters
Erin’s First 100 – Bighorn 100